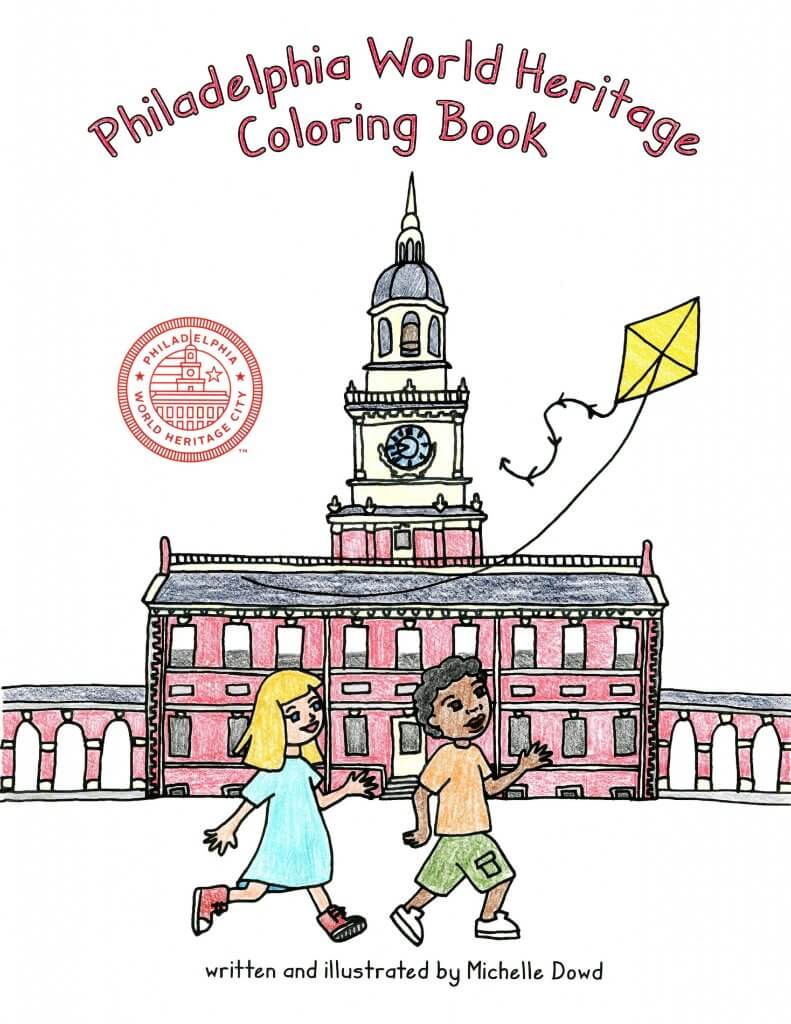 Written and illustrated by Philadelphia teacher and artist Michelle Dowd, The Philadelphia World Heritage Coloring Book follows Caleb and Olivia on their adventures visiting important cultural and historic sites all over Philadelphia. This tool is meant to help children, from age 5 to 11, become familiar with the historical and cultural heritage of Philadelphia, while having fun and being creative. The books have been used in elementary school curricula and field trips, and are available for sponsorship in batches of 250 books and for individual sale.

The Philadelphia World Heritage City film is a 28-minute documentary written and narrated by University of Pennsylvania Professor of History of Art, David B. Brownlee, Ph.D., FSAH, and produced and directed by filmmaker Sam Katz (History Making Productions). Created to commemorate the historic designation of Philadelphia as the First World Heritage City in the United States, the film spans centuries and offers an exceptional glimpse into the formation and development of Philadelphia, illustrating the city’s leadership role in the fields of art, transportation, urban planning, medicine, and more. The film is available to stream for free, and subtitled in 13 languages (English, Spanish, Chinese, Arabic, Korean, Japanese, Hebrew, French, Vietnamese, Hindi, German, Portuguese, and Italian). 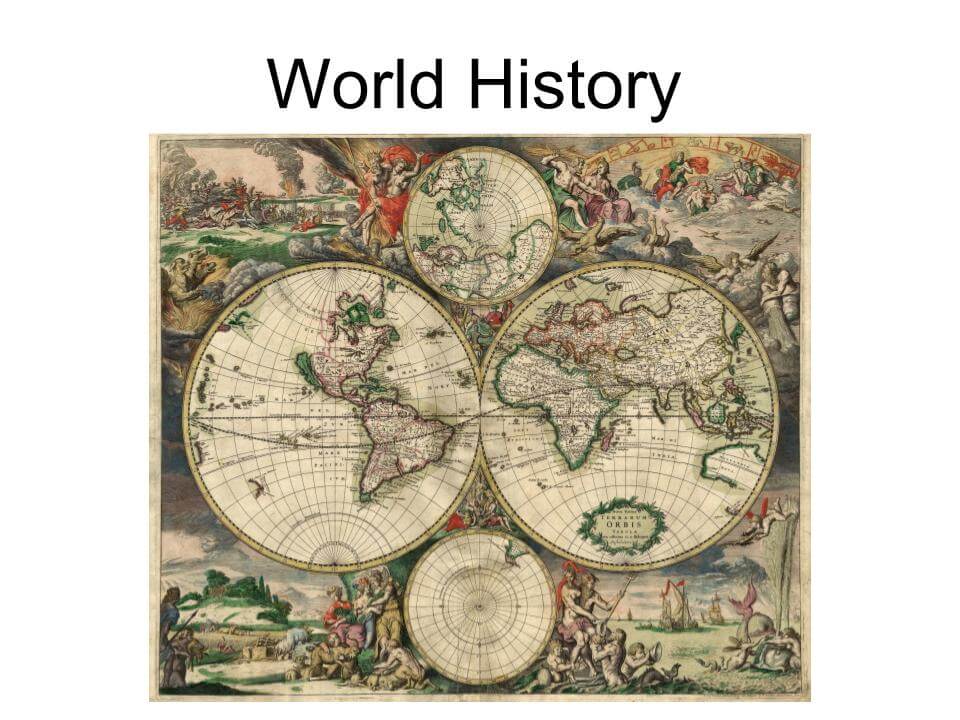 These 40 lesson plans are written for high school social studies curricula in three areas: World History, African American History, and US History. The lesson plans present Philadelphia’s heritage and its rich relationship to the global community, past and present. They were written by 10 Philadelphia area educators with the assistance of two curriculum developers from the School District of Philadelphia during a two week program in 2016 organized by Global Philadelphia, the South Asia and Middle East Centers of the University of Pennsylvania, and the Penn Museum. 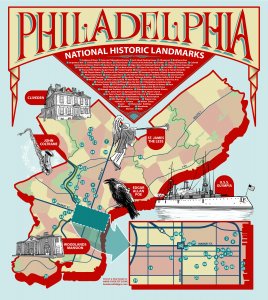 Philadelphia is home to 67 of the country's 2,618 National Historic Landmarks (NHLs), which are important structures, objects, and areas that showcase America's vibrant heritage and represent an outstanding aspect of American history and culture.

Global Philadelphia Association has developed an interactive map to help you learn more about the history and importance of these sites, view current and historical images, and connect with resources to learn how you may be able to explore them in-person.

NOW AVAILABLE: We have created and printed a beautifully illustrated map of the NHLs designed by a local artist. Available for purchase and sponsorship.

The Philadelphia World Heritage City seal was designed by J2 Design Partnership. It has come to represent a city that is using a uniquely distinguished past to propel a dramatically new future.

The seal is open-source and available to download in several colors on the Global Philadelphia website. It can be used on your website, brochures, class materials, etc. The only exception is that use is not authorized in connection with merchandise.

The Global Philadelphia Association works with our partners to offer teacher professional development opportunities throughout the year, including workshops, presentations, and travel abroad.

Global Philadelphia promotes study abroad opportunities for teachers to World Heritage sites and cities. In 2017, a group of 15 Philadelphia teachers traveled to World Heritage sites in India and Nepal as a part of a program organized by the South Asia Center at the University of Pennsylvania and the Global Exploration for Educators Organization (GEEO).